On the eve of Valentine’s Day, Broward College Veterans Affairs hosted a dating game on South Campus. The Dating Game, aka old fashioned Tinder, admitted all students and staff into the Student Life activity center and about 50-60 people filed into their seats.

Once the event commenced, the SVA President, Tony Nunez greeted the audience with a welcome and told them to have fun with a fair warning. “Coming up with this idea took a lot of time, planning and approval. I would appreciate it if you guys could keep it 100 percent PG. Please respect my contestants, bachelors and bachelorettes. If something goes down, then we won’t have something like this happen again. This is fun and I want this to happen more often.”

Round one winner Jonathan Lugo was brimming with confidence. When asked if he was expecting to win. he responded with a laugh, “Yes. My two foes were no match for a looker like myself. No, seriously, I didn’t expect anything. I just said what I had felt and whatever happened, happened.”

When asked if she would have rather been a contestant or  a bachelorette, the fourth contestant, Danielle Alvarez, President of the Broward College Science Club, said, “I would’ve rather asked the questions rather than being a contestant because I wanted to hear more of what the contestant likes or dislikes.”

According to Alvarez, her strategy was simple.“I answered by being honest, yet tried to stand out. It’s hard when sometimes the contestants would say the same answer as you. Like when one of the other contestants said they liked the movie Wall-E. That was my answer, but I instead said Star Wars because Ben Solo is bae.”

Before the fourth round began, I was selected as the first of four contestants and my nerves started to get to me. However, seeing my friend David Drummond and Prince Therizen from my high school, lowered my stress level. We all laughed and teased each other until the last round commenced.

I wasn’t expecting to win but I had fun with it. My answers were sometimes serious, but I mostly did it for a laugh.

For instance, the bachelorette asked us what the most interesting place we’ve ever been. Since I’ve never visited other countries, I thought it was wise for me to say EPCOT.

Surprisingly, the bachelorette chose me as her date and I found out it was South Campus Student Life member, Mackenzie Carter.

Drummond says, “I thought it was going to be awkward but not at all.”

“As an audience member, I quickly became invested in hearing what the contestants had to say and there were plenty of laughs. As a contestant, I wasn’t anxious about being on stage since the event was well coordinated and everyone was super friendly. The crowd had the same investment that I had to share about who we are. In a weird way, I came to respect everyone participating a little more than I already did.” 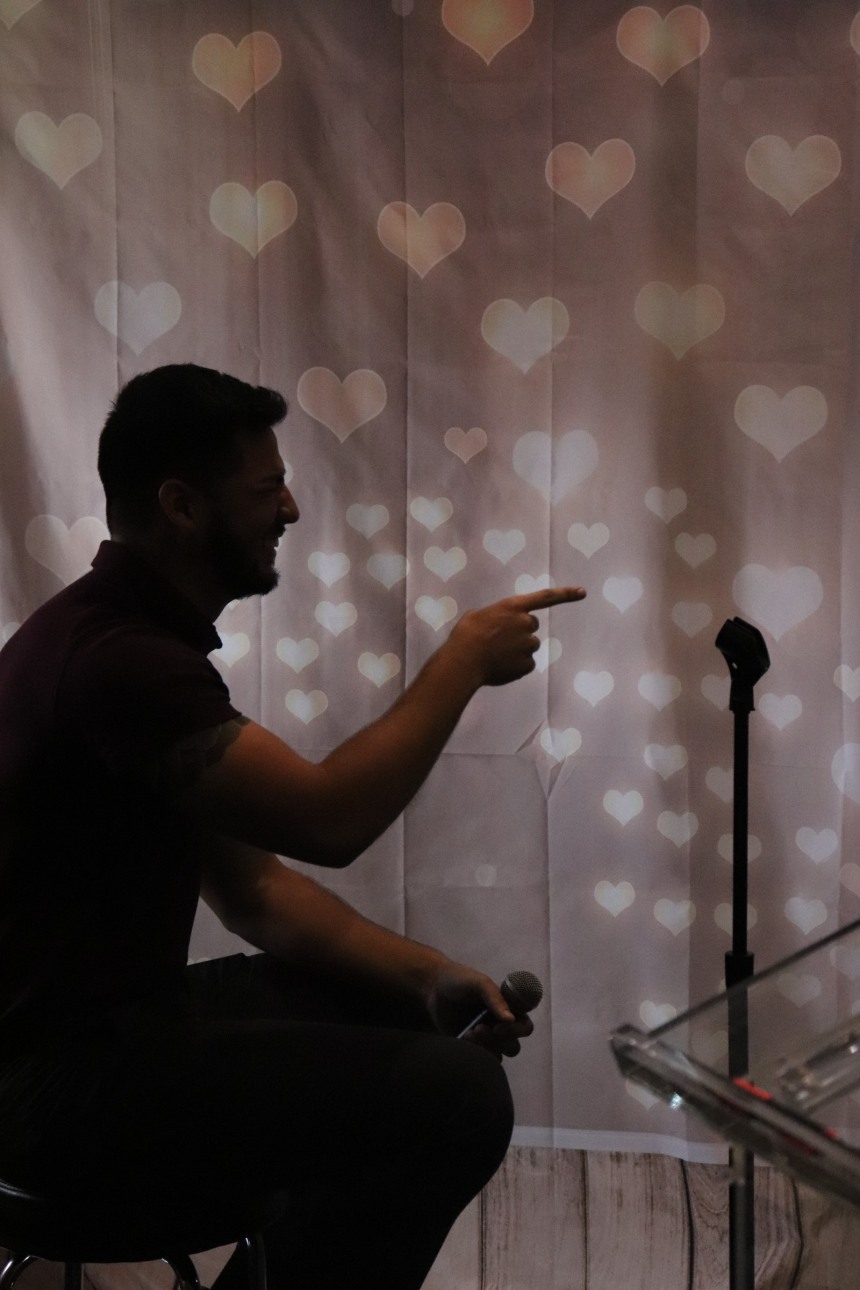 A student participating in the dating game.      /       Luis Castillo/The Observer