BC’s baseball player to keep an eye on: Logan Reidel

Posted on February 14, 2020 by The Observer - Broward College

As the start of the Broward College men’s baseball season is underway, we look into one of their impact players freshman outfielder Logan Riedel.

A marketing major, Riedel has the desire and commitment to perfect his craft on the field, so one day he could have the opportunity to sign with a Major League Baseball Team (MLB).

“My aspirations are to go to the MLB. However, if that doesn’t go as I plan, I would like to pursue being involved in medical sales,” Riedel said.

Baseball was Riedel first’s love and he enjoys all the time and energy he has dedicated to excel in the sport.

“I can’t get enough of the sport and I love to see the success in my game, day in and day out,” Riedel passionately expressed.

Riedel watches the game of baseball on television whenever he is not studying or practicing with his team. His favorite current MLB is three-time All-Star Outfielder Houston Astro’s George Springer.

Springer is someone Riedel tries to emulate his game after.

“He has the speed, power, strong arm and great defense. I also have these characteristics in my game as well,” said Riedel confidently.

Coming out of Westminster Academy, a private Christian school in Fort Lauderdale, Riedel was a Division 1 recruit with collegiate offers to play baseball from various schools.

He decided to commit to staying in his home state at the University of Miami, however, due to enrollment difficulties and having conversations with BC men’s baseball Coach Bennis, Riedel ended up having the opportunity to play for him.

Once at Broward, Riedel seemed to not waste any time to impact the team on the field with his talent during practice.

Freshman J.D Johnstone and Riedel’s teammate said, “As a baseball player he is the most athletic player I’ve ever seen. The skills and talent he has doesn’t come around often.”

Not only his talent but the work ethic he displays toward his teammates influence others to strive to become better players causing a chain reaction.

“Absolutely everyone looks up to Logan as one of the leaders of our team in some way, whether its on the field or off,” said Johnstone.

Riedel appreciates the coaching and energy Coach Bennis brings every day at practice.

“Practice is exactly how a player would want. Coach Bennis is a great coach. He is tough at times but every good coach needs to be at some point.” said Riedel.

BC played their first game of the new season last Wednesday against Palm Beach State at home.

Riedel was all hyped up and very much eager toward the opportunity to finally play in his first collegiate game.

However, it wasn’t all peaches and cream leading up to the game. Throughout the days prior, Riedel was dealing with an illness that has bothered him a little.

“I played with a strep throat, but it was a good game and I played fine but unfortunately we didn’t come out with the win.”

This past weekend, the baseball team headed to Fort Myers to participate in a tournament to see how they fair up to other schools in the conference.

Sadly, Riedel wasn’t able to make it to the trip as he still deals with his strep throat but he still has confidence in his coaching staff and teammates that they will perform outstandingly in his absence.

“For us to be successful in the tournament, we need to minimize the errors and lock into the game. Other than that, we will be fine because we have the talent to finish at the top of our conference,” Riedel said.

To watch Riedel and the rest of the men’s baseball team perform their next home game, see them play at BC Central Campus on Feb. 7 at 6 p.m. 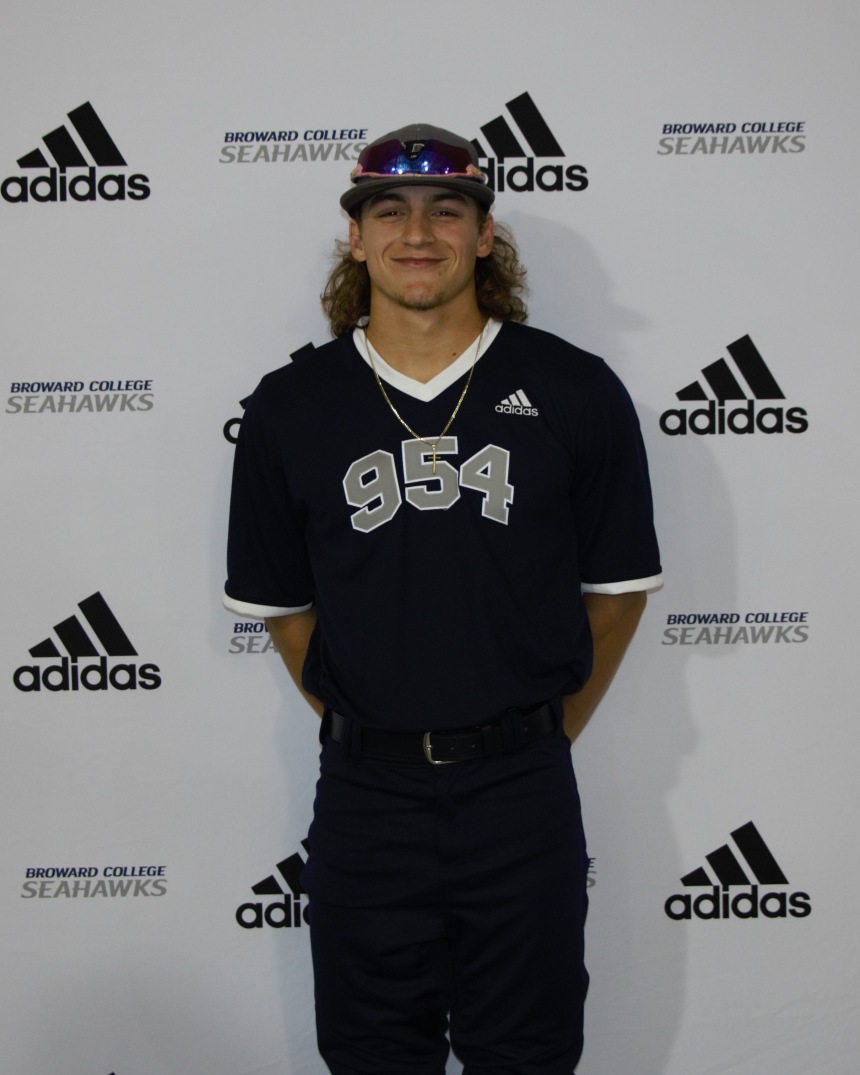