The second side of Adam Sandler seen in Uncut Gems

Posted on February 11, 2020 by The Observer - Broward College

For entertainment gurus nationwide, Adam Sandler is commonly identified as a comedic genius of the last 20 years, but in ‘Uncut Gems’ Sandler demonstrated his theatrical versatility; a man who can make you wheeze of laughter till your last breath or one who could make you bite through your fingernails in suspense. In America’s newest cult classic, released on Christmas Day, Sandler fills the lead role of ‘Howard Ratner.’ An early 2010’s jeweler, working in the diamond district of Manhattan, we are introduced to a flashy man, gifted with gab, and always on the lookout for quick and large cash, despite any of the repercussions.

Sandler’s role in this movie covers several issues human beings go through in life, and all mainly caused by the impulsive behavior his character painfully represents throughout the film. It all starts with a very dangerous exchange made between Ratner and NBA legend Kevin Garnett. Following this risky accordance, Ratner is smashed with problem after problem; compulsive gambling, a separated marriage, unreliable employees and business partners, loss of family ties, and at times having his life on the line. The producers of the movie also do an exceptional job of an ongoing, uptempo background track that will have every scene in the movie feel more gut-wrenching than the previous one.

Oddly enough, the story of Uncut Gems is inspired by the father of the Safdie brothers, who worked in the diamond district himself. Living a hysteria-packed life, Safdie was stuck with a boss keen to always rile up his adrenaline with action-packed stories that would eventually stick with his two children, Benny and Josh, until the day they could put it all together and land it on the big screen.

The Safdie Brothers and A24 productions had to reach a little bit out of their comfort zones for this film, as it is normally a group that looks for the average citizen to make their movies in search of the purest authenticity. However, for someone to play Ratner, Claudia Patterson of vice.com states, “The casting of Howard was a difficult proposition. ‘He’s larger than life character,’…, ‘so it needed a star’.” Who could be more endearing or “larger than life” than Adam Sandler? A character whom whatever role he has taken on, audiences everywhere have cheered him on, laughed at his punny phrases, and more often than not just flat out watched the movie because it is starring him. The best part of it all is that Sandler’s acting prowess is put on full display, in a movie where we see a man who isn’t so comical, most of the time he’s battling severe adversity, but it is the overzealous optimism and reluctance to never give up on his gut that draws the audience back in, no matter how much of an abrasive degenerate Ratner can be.

For those who suffer from severe anxiety, it is jokingly recommended to think twice before buying tickets for this film, as it is one that will make everyday stress feel like a breezy walk in sunny South Beach. It is thrilling, a learning experience for those with a gambling addiction, and an overall must-watch. 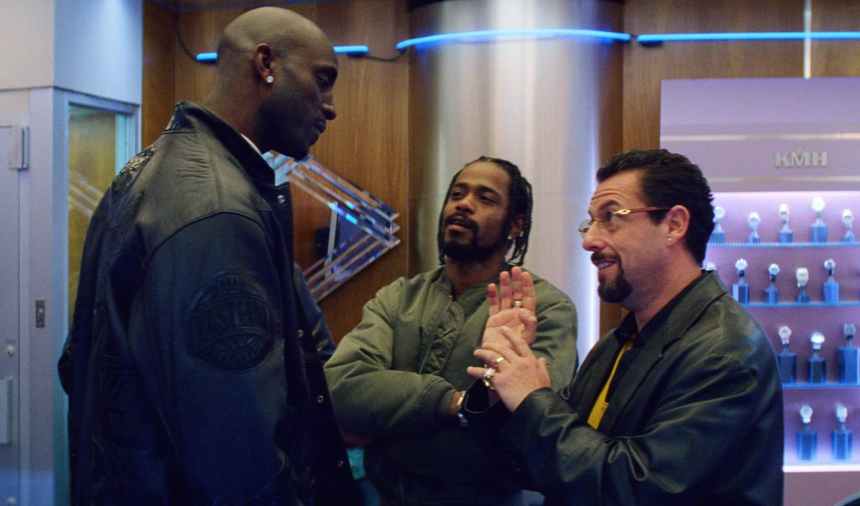