Posted on November 6, 2019 by The Observer - Broward College 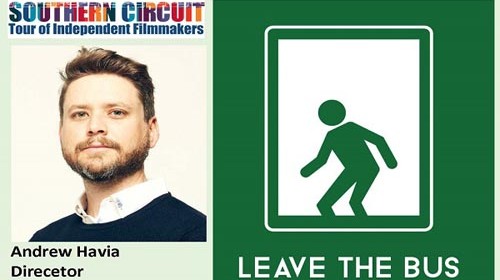 BC’s Bailey Hall was one of the stops for the Southern Circuit Tour of Independent Filmmakers. Six selected films were chosen by Baily Hall to be showcased alongside the film directors for a unique one-on-one question and answer session following the film showing.

On Oct. 17, director Andrew Hevia who is the co-producer for the Oscar-winning “Moonlight, showcased his film titled, “Leave the Bus Through The Broken Window.” The film chronicles Hevia’s journey through Hong Kong’s 2016 Art Basel (art exposition). Much like the 2003 film, “Lost in Translation” with Bill Murray and Scarlett Johansson, Hevia was in fact, “lost in translation.” Not knowing a lick of Chinese or knowing much of its culture, Hevia immersed himself head-on with a rented 40 square foot efficiency in the Far East for a couple of months.

Originally intended to solely expand on the Art Basel world, the film took a twist with Hevia documenting his own intimate journey. According to Bailey Hall, “Leave The Bus Through The Broken Window” became a comedic study of loneliness and alienation within an increasingly globalized world. Unlike many documentaries, the film was narrated by a computer.

Within the Q and A with the audience, Hevia explained that while he was working in the post production process [film editing], he was working in a shared work area, so he couldn’t really record himself properly without gathering the imminent background noise. He explained that he learned to manipulate the computer voice so that the narration wouldn’t be monotone and instead sound comedic, angry, and even expand on other emotions. “I learned to talk computer,” he said.

Hevia not only was able to get Art Basel content, but he also attained footage of the beginning of the Hong Kong Protests. As he was walking down the Hong Kong streets looking for street food, he encountered what is known now as the “Fish Ball Protest/Riot.” According to CNN, riot police clashed with protesters because the government attempted to evict street vendors (they were selling fish balls) throughout the Chinese Lunar Year Holiday.

Street food is embedded within Chinese culture, so the crackdown on such street vendors was not only seen as a threat to the livelihood of the vendors but a restriction on Hong Kong’s traditions.

Further information on “Leave The Bus Through The Broken Window” can be found on its IMDB (Internet Movie Database) page: https://www.imdb.com/title/tt7557526/.

The next film on the Bailey Hall Southern Circuit Film Maker series roster is Ani Simon-Kennedy’s “The Short History of the Long Road.” This film features actress, Sabrina Carpenter and will be showcased on Nov 7 at 7:30 p.m.